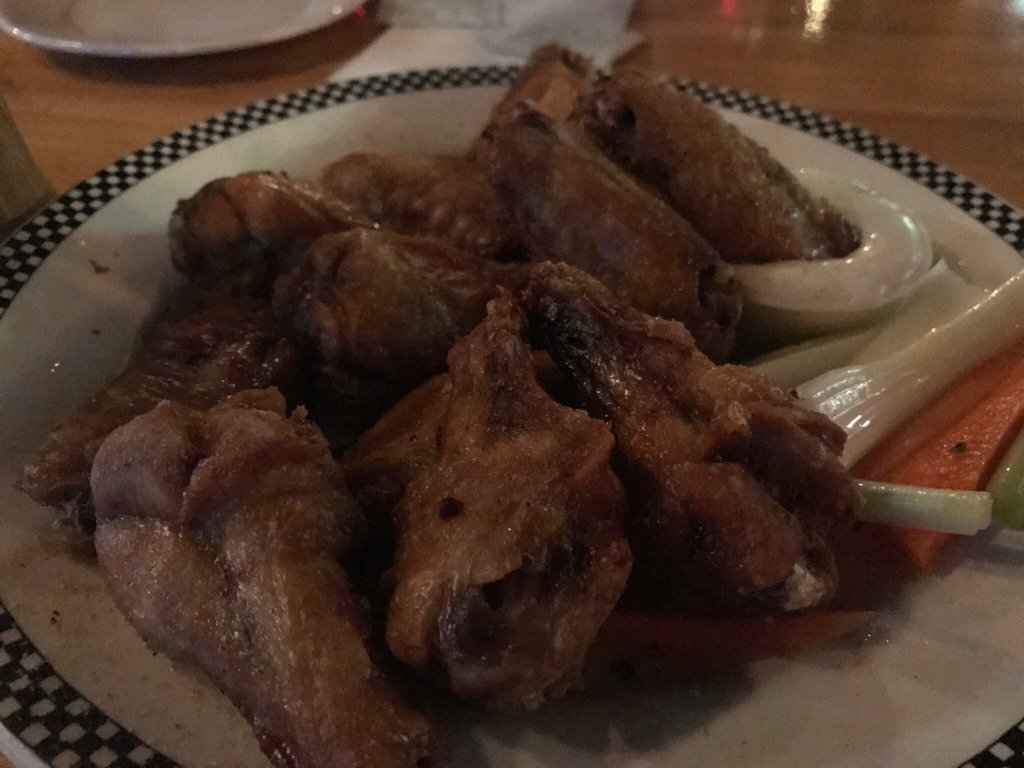 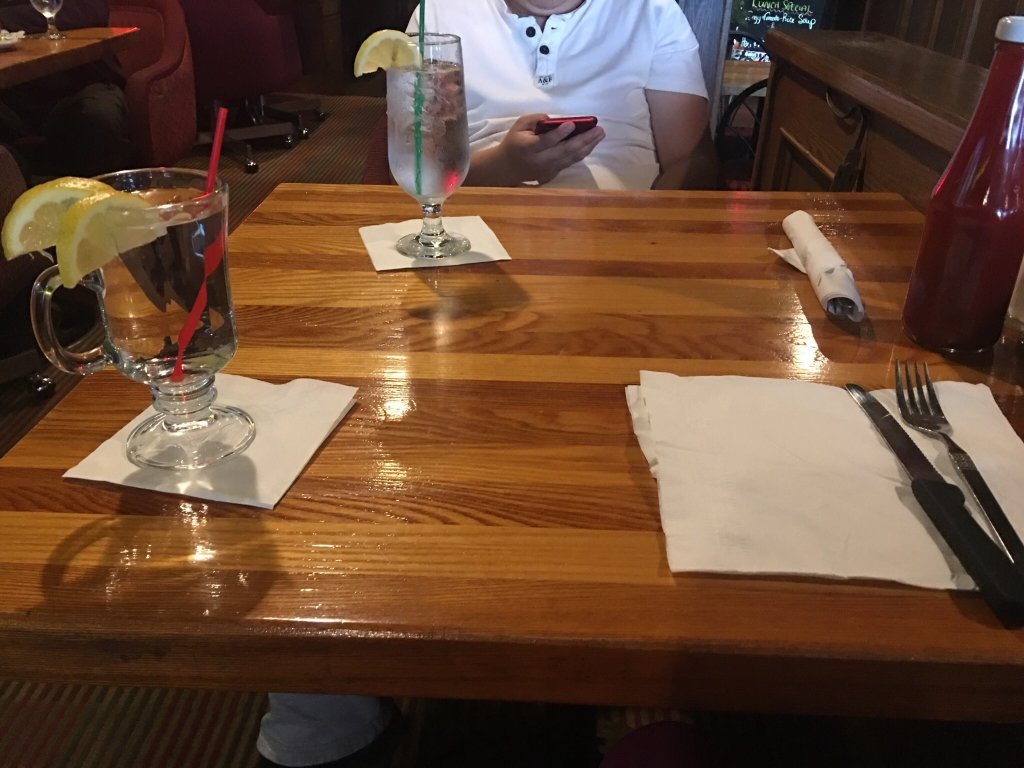 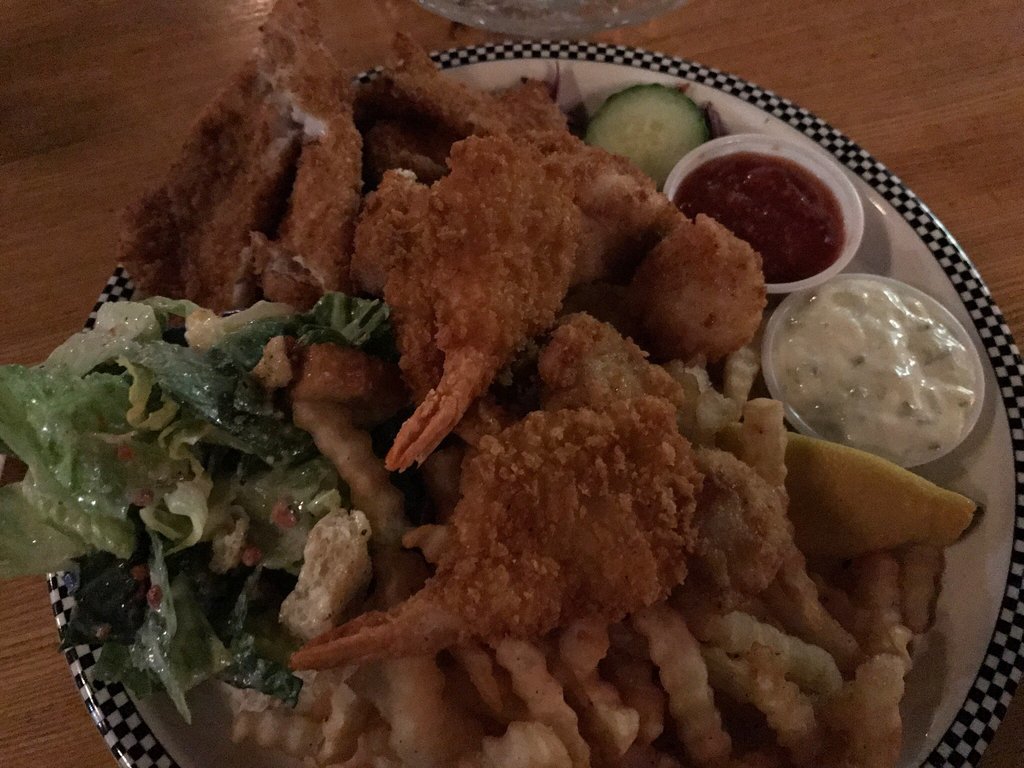 yes they are open 5 to 10 p.m. Monday through Friday and noon to 10 p.m. Saturdays and Sundays

Can you make reservations for 10

I very much admired the metal plates the oysters were served on. Where can I buy such plates?

Bed and Bath Or Restaurant Depot

I was told yesterday, that there will no longer be outside live music, on Sundays. Is this true ?

Gosh I hope not! As far as I know they are still having live music and there's no indication of it being cancelled on their Facebook page which they are pretty good about updating.

Yes it should be goodyes

Are you open all winter

Hello John, the restaurant is closed for the winter and reopens March 23rd. Enjoy!

We had a gathering for a 60th birthday. Great place to relax, have a good meal, and enjoy good company.

We had lunch here on a Saturday and they just did not seem to be fully in sync. There is a very steadfast rule of no substitutions which was frustrating. I wanted the cod sandwich and “anything green” instead of the fries, but it was not allowed. I could pay $14 for the sandwich & another $10 for the side salad, so went with the swordfish special (as did my boyfriend) and chowder. The chowder was excellent, but my fish was over cooked and his was so salty, he could not eat it. We had to flag down 3 different people to get the problem solved. The owner delivered the replacement dish and it was delicious (much better than mine.) To make up for the problem, the owner sent a dessert to our table. We refused it twice (because we had not ordered it) before someone finally told us it was from the owner. The possibilities are there for a nice restaurant, but (except for the chowder) we did not experience it.

Food was excellent and service was spot on! Very nice place for dinner!

Excellent venue right on the water, a bit pricy, food is good to great depending one item. Lobster Roll was good but for $27 I’d expect more on the bun. Scallops were very good. Service was also excellent.

WEDDING My wife and I have had nothing but good experiences with The Back Eddy. We had our rehearsal dinner hosted here with 32 people in September of 2019. Sal met with us about 8 months before so we could go over menu options, private room set-ups, and bar options. We kept in-touch through email up until the event and Sal was more than accommodating with our changes. On the day-of it was a seamless event. I showed up early with decorations that their staff set up for us, and all of our guests walked straight into the private room. Drink orders were taken at our tables and fast to come out! Our parents were able to make speeches then all of the food came out at once so nobody had to wait. Overall, best small party at a restaurant I've ever had!

You are the best! The COVID takeout Experience has been superb. The ordering process is quick and efficient, the pick up has been spot on and the quality of the food is above anything else weird getting with takeout.

Relaxing atmosphere that gives you a perfect taste of the rural Southcoast. A bit of a hike coming from New Bedford or Fall River, but that's all part of the charm.

I got the fish and chips found a long black hair caked into the batter. Fish was okay it fell apart a lot (not in a good way) french fries (chips) were okay if a little greasy and limp. The savings grace of this restaurant was it's location, beautiful bay and seating on the docks.

Couldn't have asked for a better, more picture perfect end to a nice summer day. Food was excellent, and lots of tourists headed home.

Good food, dreadful table in the draft from the front door. We froze.

Been going here for years. You pay for atmosphere and vibe. Food is subpar and overpriced. Menu is boring and hasn’t changed much. The fried food is prob best choice but it’s expensive. Might as well go to Bayside. Their menu is much more exciting and it’s near beach. It’s a one and done or a place you go just because it’s the back eddy and you want the scene. Food is meh.

Excellent service at a great harbor side location.

Food is rich buttery and delicious. The staff/service is very good and friendly

Our favorite restaurant! Although we live 45 minutes from the BE, it’s our favorite spot for a great dinner. I love the fresh, local food items on their menu. You just can’t go wrong here.

The location is on the water and very nice. Inside and outside seating is great. Service is excellent. The food has a Portuguese touch and EVERYTHING is so tasty and we considered it excellent. The Chowder is top tier and their stuffed clams are so good. Highly recommended. Prices are as you would expect, not cheap but worth what is served.

This place is off the hook, great sunset, great food,and great drinks 🍻

Great summer restaurant, food is good and service is terrific. Outside on the dock for dinner and cocktails priceless

The food, view, and service were great!

This is a place with the best tasting food around. Just had baked cod and couldn’t eat it all. Staff was extremely friendly and helpful.

Location is worth the cost service is always good

Our first time this summer and since they out in a new menu. The food was absolutely awesome! We were there with another couple that are vegetarians and they had lots of tasty options to choose from. I ordered the salmon and it was cooked perfectly. Our waitress Ivy couldn't have been nicer or better at taking care of us. It is such a popular spot, and weekends are packed so try going on a Monday or Tuesday. We really had a fantastic experience!!

End of summer @Back Eddy is precious!

The food was fantastic. Fish fresh. I want to go again. It is pricy though

The food is great and it's a very fun place. The appetizers and seafood are especially good. Make sure to try the garlic parmesan fries. During the height of the summer they open the back dock and have a bar out there. Moderately priced, but highly recommend trying it. No complaints, but I will say it gets a little loud if you're inside the restaurant and it's packed.

Good food awesome view of the sunset and water

The fresh food was very good. We had a salad, the fresh tomato salad w focaccia, and the mushroom flat bread. All yum. Our friends got fried scallops and fish and chips. They looked good for fried food. The portions were generous, and our friends cleaned their plates. We sat outside and the view was lovely. The outside gutter was dripping condensation so we just moved the table out 6". A very good experience.

Great food and a great location

We arrived around 5 p.m. on a busy Saturday night. We were told it may take up to an hour to get seated so were directed to the outside dock to sit and have a drink. Perfect waiting area waiting for your table. It only took about 10 minutes we were seated had the best server ever, and the food was extraordinary. Love this place.

Excellent view, especially at sunset! The scallops are delicious! They list it as fried but it tastes light as if it were grilled. I would give 4 1/2 stars if possible. Minus 1/2 star for the ridiculously loud dining room, regardless of seating. Don't expect to have an intimate conversation.

Came here on a recommendation and it did not disappoint! Had the scallops and they were lightly breaded and tasted excellent. A friend has the lobster roll and it was just as a good! The atmosphere is great and the views are outstanding. Should definitely visit!

The scallops were excellent! Service very good. The view was lovely.

Can't beat the view of the ocean and boats. They have a small bar and seating outdoors or you can sit and get full service indoors and still see the views. The food was much better than 2 years ago when we last visited. The clam plate was excellent, the swordfish was excellent, and the lobster roll was good. Service and atmosphere is very good.

Back Eddy Cocktail Lounge & Restaurant
AM

Had an awesome brunch on New Year's Day! Such a great time!

The view and the food was awesome

Great service. Last two visits their ATM was out of order. Menu is interesting but has a lack of any shrimp dishes. Prices high... but it is packed because the view is worth it. Deck is fun with great drinks and bartenders.

Excellent view. High prices for the portion. Laid back service

Ribs, oysters, shrimp cocktail and oysters outside down on the end of the dock....A++. Summer fun.

Don't miss this. Great appetizers, seafood and cool drinks. All with personality. And a little spice.

Your question has been sent.

Your review has been submitted.

Want to order over the phone?

Thank you for being with us!

We will call you back!